Moving a robot around with Arduino robots

Students learn how programming the Arduino Robot (see Fig.4). Arduino Robot is a full open source product; it is a robot running on two wheels, composed by two programmable boards and a set of sensors and actuators. During the project, students learned to recognize the main components of the robot and how to program them.
Students write simple programs that are executable by the Arduino Robot. The project can be implemented in one or more workshops. Workshops are interactive: students write their own code following the teacher’s instructions and compile it using the Arduino IDE; the executable code is uploaded on the robot and it is executed; students can try their own code on the robot. Students are provided by the program sketches and starting from them they are stimulated to change function parameters or command sequences in order to produce different programs resulting on different robot behaviors.
The project is designed for students with no prior experience with coding.

At the first time, Arduino IDE must be installed on the PCs. It is available from the official web site of Arduino Project https://www.arduino.cc/

First of all, the structure of the robot (simply showing sensors and actuators on the boards) and the main functionality of the IDE should be presented. Then, some simple programs can be introduced.

The first activity we suggest, the “BeepSeries” program, is very simple. It allows students to learn the main components of an Arduino program and the use of the IDE. It is playing of pre-configured beeps on the robot’s speaker. The initial code of the program “BeepSeries” is shown in Fig.1. Starting from it, students wrote their own sequence in a sort of composition competition, also trying to recreate a given sequence.

The second activity is the “DisplayYourText” program. Students learn how displaying a text on the robot’s screen. The initial code of the program is shown in Fig.2. Starting from it, students have to design the screen display. They had to decide how to create different colors by means the RGB space and to manage the space on the little screen in order to create a simple (but nice) image with text characters.

The third activity is the “ProvaMotori” program. Students learn how move and turn the robot. The initial code of the program is shown in Fig.3. Starting from it, students wrote their own sequence of movements. Also a funny competition can be run: while a group propose a sequence of movements, the other groups have had to reproduce the same movements after seeing them only once. 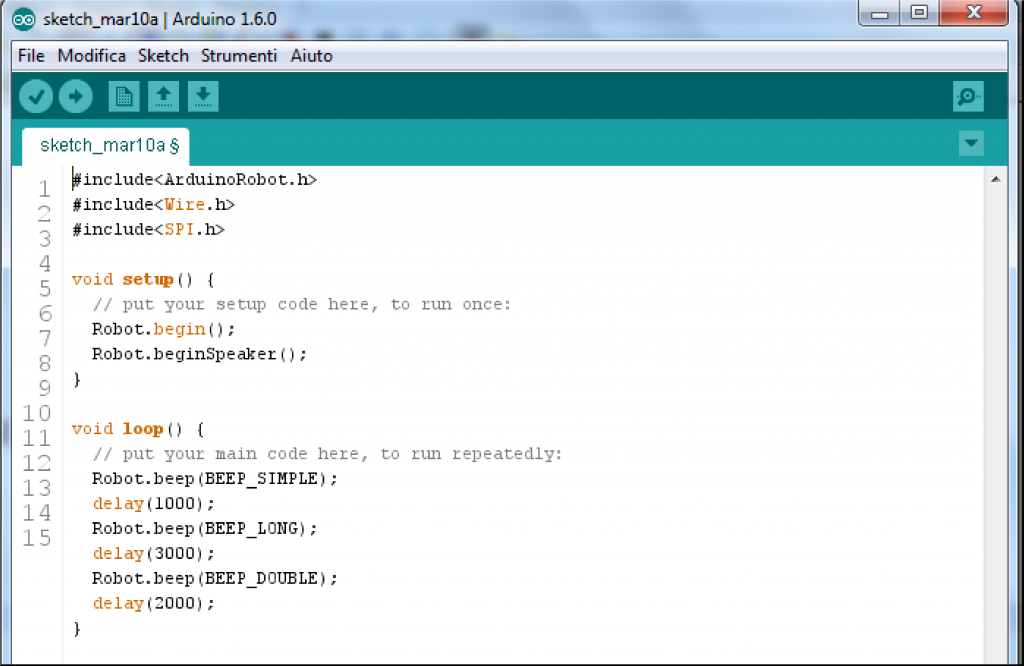 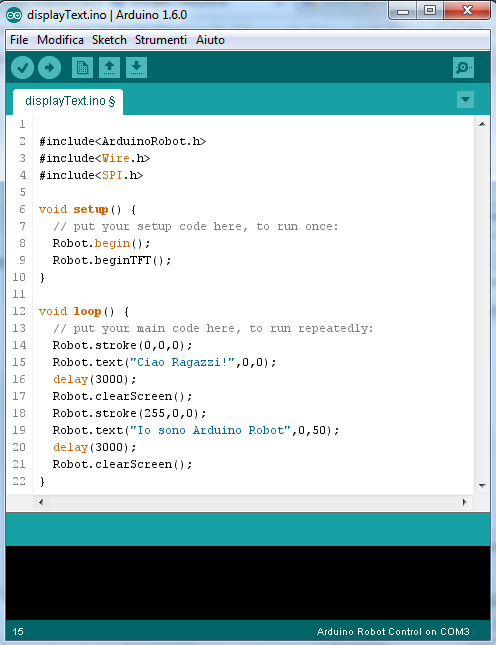 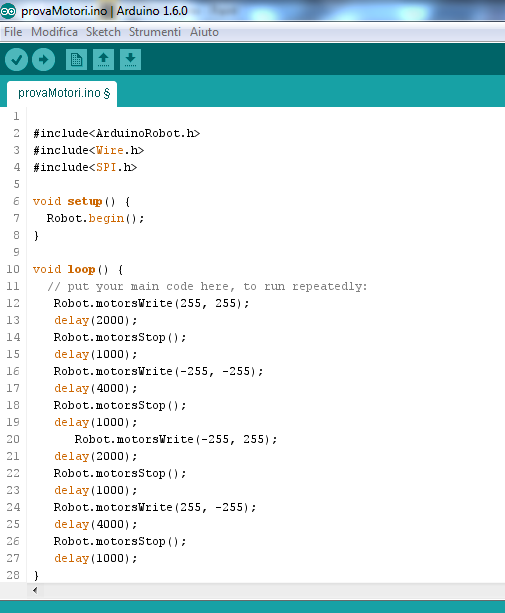 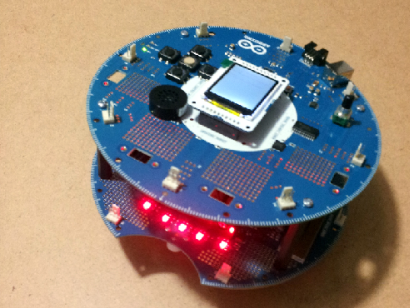